My name is Wil Wheaton. I Live With Chronic Depression and Generalized Anxiety. I Am Not Ashamed.

Before I begin, I want to warn you that this talk touches on many triggering subjects, including self-harm and suicide. I also want you to know that I’m speaking from my personal experience, and that if you or someone you know may be living with mental illness, please talk to a licensed and qualified medical professional, because I am not a doctor...

Based on the title, I was skeptical about the message of this article. I cope with depression as well, and while I'm not ashamed of it, I'm not particularly proud of it either. I've struggled with how to feel about these kinds of pieces: the call to reach out for help, talk about it, don't hold back and feel free to let everyone know what you're dealing with. I mean good for Wil Wheaton if writing or speaking about publicly works for him.

During my last bout, (as a coping mechanism) I wrote a big, long thing about what it's like and how I cope and I remember thinking, hmmm, you know what I don't want or need? Anyone's advice or validation or sympathy. I began crafting a caveat to make it clear that I was just writing to let everyone know where I was at and making it bitingly clear that I didn't want any reaction at all. By then it seemed pointless to share such a thing. If I was going to make this request of people, "Here's my big emotional eruption, kindly keep your feelings about it to yourself," why would I even bother?

My mindset in times like that is me getting some level of clarity and feeling like I have found a way to cope, and I want to capture it and say to anyone who might feel similarly that they're not the only one, that it's possible to get through it, that it doesn't mean you're broken or will never be happy again. But what do I know? Honestly, it's more of a pep talk to myself.

Mostly, for me, coping with depression consists of enduring some bit of misery and finding other ways to feel like life is worth living while it gnaws away at me, but it eventually lifts and passes. The thing about announcing to the world, after hiding away and retreating, is the implicit expectation of a reaction, when honestly, for me anyway, nobody else's reaction helps me. It's an inside illness that we either learn to manage or we don't. We either find ways to cope with it... or we don't. Other people can't fix it for us. They can't live our lives for us and make it go away. It really doesn't work like that. When I truly need help, I have a therapist I call and she helps me help myself.

And, that is the point of Wil Wheaton's story: he had an extra problem of shame that prevented him from getting help and tools to cope with it, and that shame made it all so much worse. I get it, in that yeah, I put this out here, but I'm not posting it to Facebook, or on LinkedIn, y'know? I am, in fact, not really proud of it, but I'm not so ashamed that I can't admit I have this issue, and feelings of shame don't stop me from continuing to learn how to manage it or reaching out when things are very dire. That's probably a pretty crucial pivot point for anyone who does struggle with it. I can see how that might be a deciding factor whether someone functions and makes it through... or doesn't.

Getting help and how one manages it going forward, is another thing entirely for me. I don't know that getting medication and therapy means you can expect to get to a point where you no longer suffer and you don't have depression anymore (as the end of Wil's piece implies.) I've had it my entire life - not continuously, but it always comes back, just as reliably as it goes away, too. That's a thing I had to learn and rely on to help me through. I must guard against it. I must be able to recognize it. I must cope with it or things go really sideways. I have been to therapy a lot over the past 30 years, and I've been on medication for at least 20 years. To be honest, I function better than I thought I ever would. I'm on top of things I thought I'd never get under control. That is heartening and something that I use to remind myself that I can cope. I can manage. I have tools. I have ways to get through. I am a survivor of this.

For me, metaphorically speaking, depression is a monster in the form of a pack of rabid, vicious dogs that occasionally show up at my door and they howl and growl and scratch and charge and try to get in and take me down, they try to get me, they try to hurt me, but I have protection. I have weapons and tools and fortification against their evil intent. Eventually, it gets tired and bored and goes away and I mostly forget there ever even is a monster. For a long time, when it would go away, I'd think that I'd vanquished it completely. I'd be so proud of myself and relieved and excited for the future. The cessation of pain stimulates dopamine, did you know? Coming out of a depression is such a relief that I feel a high at the hope and joys of being alive.

When it eventually returned, as it does, as it never fails to do, I would wonder what I'd done wrong, wonder how'd failed to keep it away. That was my additional problem that made it all so much worse. It was not shame that afflicted me, though I am not thrilled about it. My extra burden was the belief that I had or could permanently conquer it, because I can't, and I no longer expect to. I've experienced 40+ years of my will to live evaporating in the face of a vast array of circumstances - from the trivial to the terrible - though I've not had that experience reliably. (Sometimes terrible things happen to me and it doesn't trigger depression. Depression dgaf what's going on. It shows up when it feels like and steals joy and feeds on pain.) The personal experiment I have lived tells me that I am not ever going to slay it permanently, but it also tells me that I never have to let it beat me, that I am stronger than it is, that as long as it fights to exist, so will I. 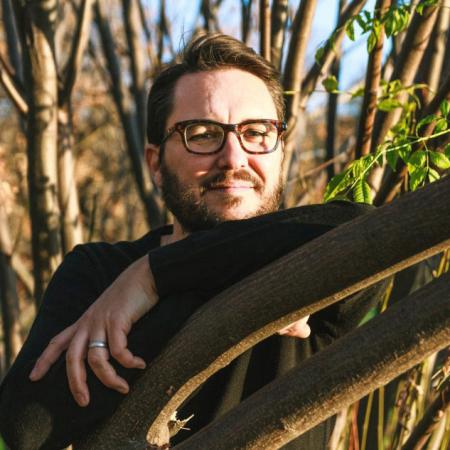