How Diversity Makes Us Smarter

From the Collected Articles

The first thing to acknowledge about diversity is that it can be difficult. In the U.S., where the dialogue of inclusion is relatively advanced, even the mention of the word “diversity” can lead to anxiety and conflict. Supreme Court justices disagree on the virtues of diversity and the means for achieving it. Corporations spend billions of dollars to attract and manage diversity both internally and externally, yet they still face discrimination lawsuits, and the leadership ranks of the business world remain predominantly white and male.

Being around people who are different from us makes us more creative, more diligent and harder-working. That's what I believe, but I guess it depends on the attitude people have about it and the specific circumstances.

If we come at it with fear or feel that we're being threatened, then it's hard to see others as anything but outsiders. But if we look at this "problem" as an "opportunity" to learn, I think it's more likely we will.

However, it's a privilege to be able to not have fear. One has to have a base of security from which to operate to be able to approach a situation where others are introduced in order to be open and welcoming. Building that trust though, that's a huge ask, apparently.

Trust is so hard to build and so easy to break. I spend a good deal of time wondering what it takes to build trust after it has been betrayed, because I see that as a major cause underlying the partisanship that has weakened the United States. The trust between people, and between the people and the government, is so broken and betrayed after things like MK Ultra, COINTELPRO, Bay of Pigs, The Pentagon Papers, Watergate, Ed Snowden and Chelsea Manning, the lies around WMDs and the war in Iraq, (and so much more.) Now that we're in a post-betrayal era (which isn't to say I think we're not being betrayed at this very moment by the Trump administration, I'm only saying there is irrefutable evidence that we have been betrayed in the past,) we'd be fools to be so gullible again. Once we learned about the ways in which the government and people in power have lied and done truly terrible things, how can we ever trust again? I felt like that was finally healing under Obama's presidency, but unfortunately, many people did not feel that. In fact, they felt the opposite, and that's one of the reasons we ended up with Trump.

How can trust be repaired? Is it even possible? What would that look like? 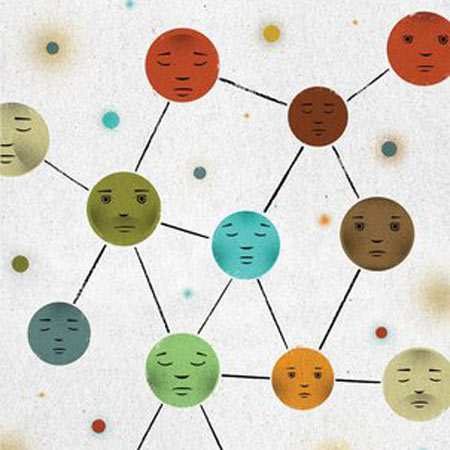