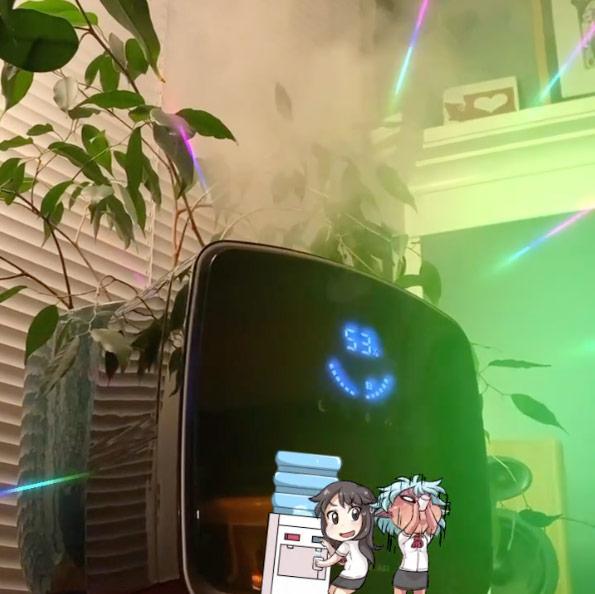 As I write this, it's winter in Alameda, California. We seem to be in a perpetual drought, and it's cold so I have the heat on, which makes it extra dry indoors.

Breathing dry air 24/7 (since I'm in my apartment almost all of the time, thx pandemic) leaves me with a bloody nose, itchy eyes, irritated sinus, scratchy throat. It impacts my sleep, and tbh, it's just unpleasant.

To solve this, I bought an ultrasonic, cool mist humidifier, filled it with water, turned it on and watched a fluffy fog rise and permeate the air I breathe.

I got a few other items to improve my at-home environment due to the aforementioned sequestering, in addition to coping with environmental problems, sometimes for weeks at a time, such as smoke from wildfires as well as localized air pollution, i.e. the neighbors' fireplaces and BBQs.

I have an Awair air monitor which measures temperature, humidity, CO2, VOCs, and PM2.5 - those last three you really want as little as possible in your inhales. The Awair is small and stylish, and it modestly displays an aggregate score based on those five factors. Because it's cute, you might think it's dumb. It's not. 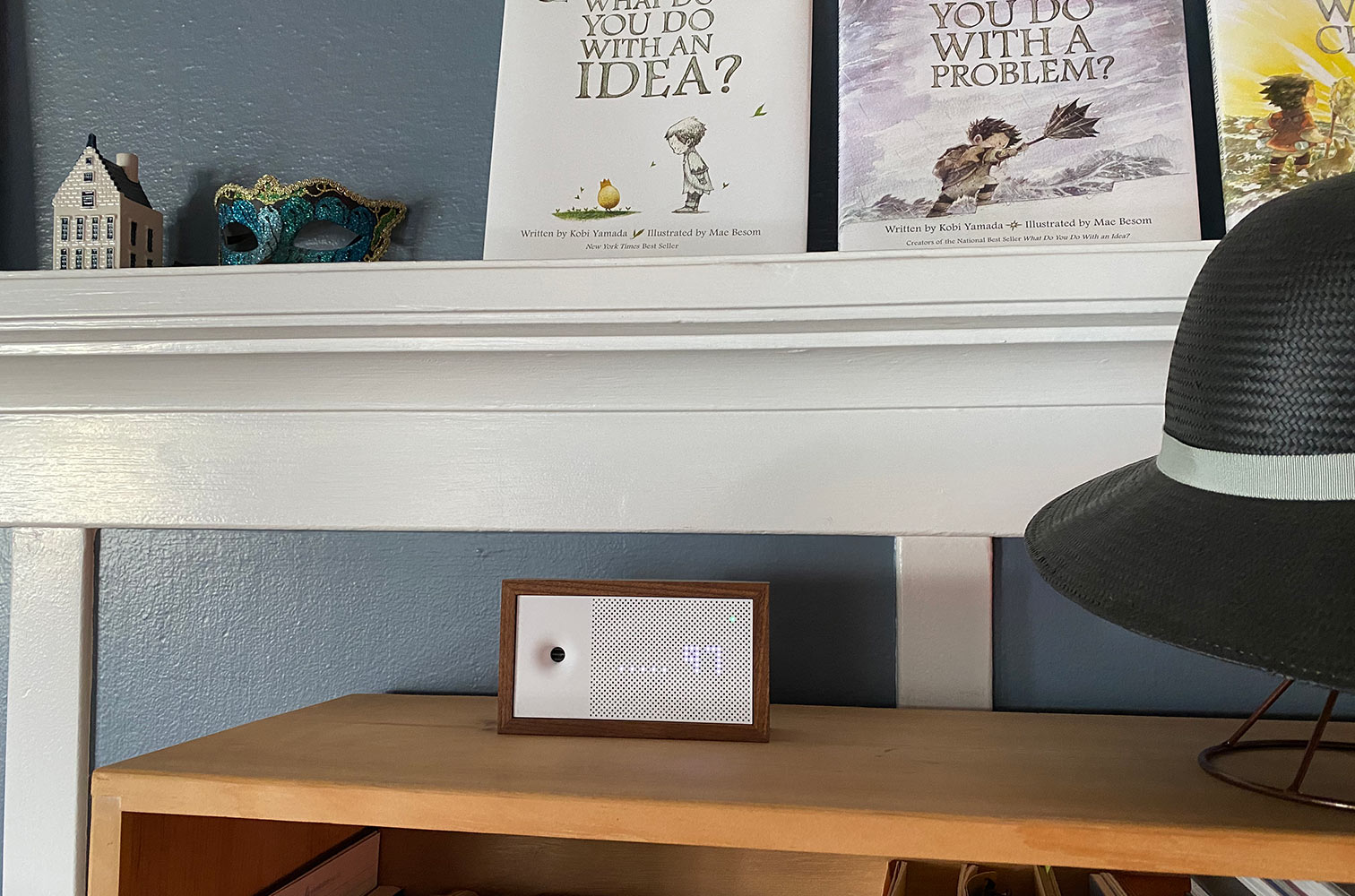 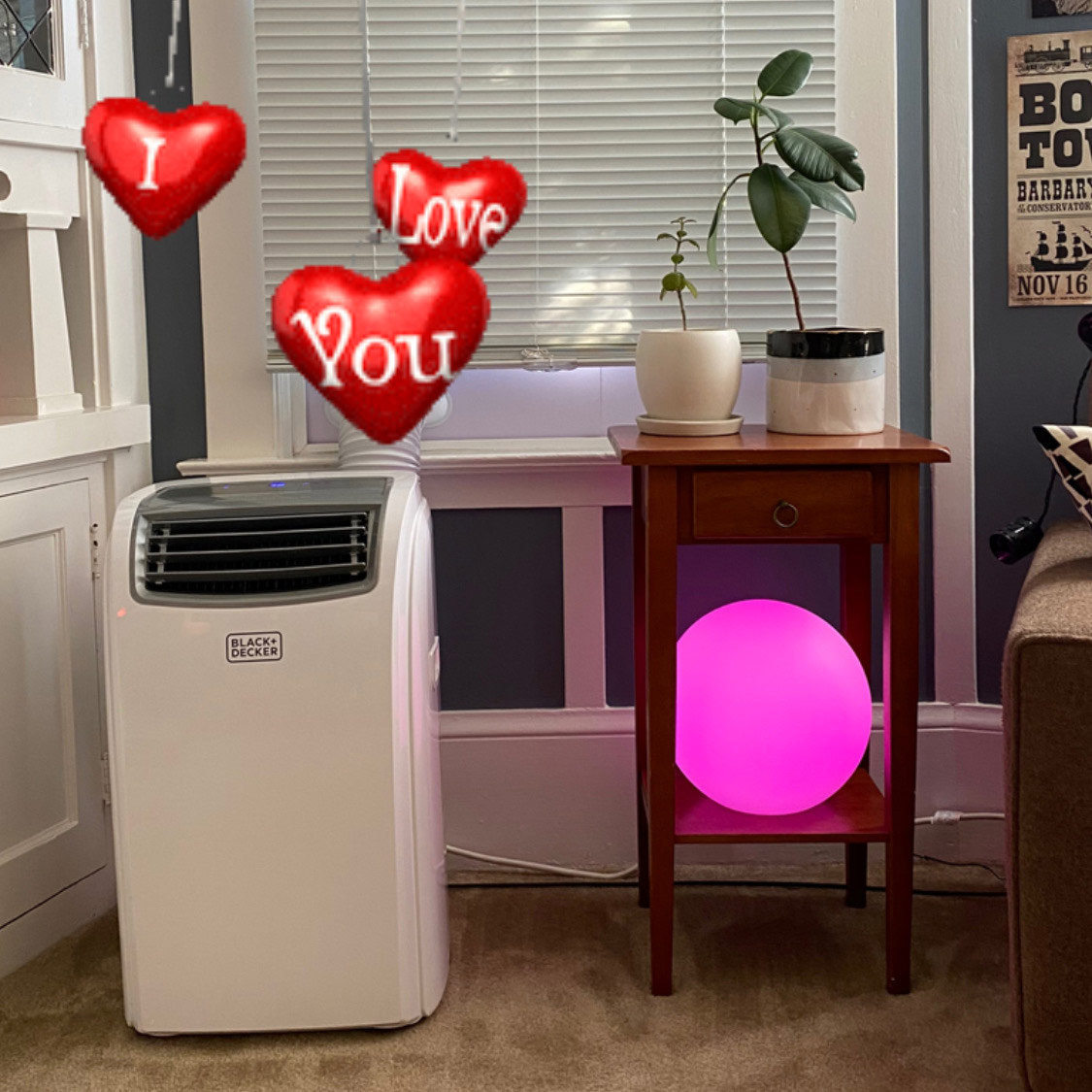 The Awair helped me realize why I didn't feel good when it was too warm indoors. When it was very warm but not roasting, I thought that I should feel fine because usually I'm too cold so I like to be warm. However, I did not feel fine. When I would feel warm, but also logy and have difficulty focusing, I noticed that the Awair's temperature reading was reliably in the orange or red zone. "IT'S TOO HOT IN HERE, YA DUMMY!" it would silently scream at me with its robot lights.

That correlation and an increasing number of impossibly hot days each year motivated me to buy an air conditioner, something a majority of people in the Bay Area have not needed in the past. I waited far too long and was miserable because of it, but when I got it... it was a miracle. I worked, slept and lived better. Whereas previous heatwaves had left me useless, sweaty, often half-conscious under a wet towel as I lay in front of a pitiful desk fan, with AC I did regular things in a near-perfect environment all day. It's the difference between a day wasted doing nothing and a day wasted doing stuff.

When the epic 2020 wildfires hit California, like most people, I sealed up my home as well as I could to keep the thick smoke out. I put that sticky foam tape stuff around the drafty front door, shut all the windows and hoped for the best. That shit still gets in though. It's insidious, plus a person has to open the door some time. I upgraded my air filter situation with two Molekules - a big one for my main room/kitchen combo, and the smaller "smart" version for my bedroom, which has a sensor and increases its function when things get murky. 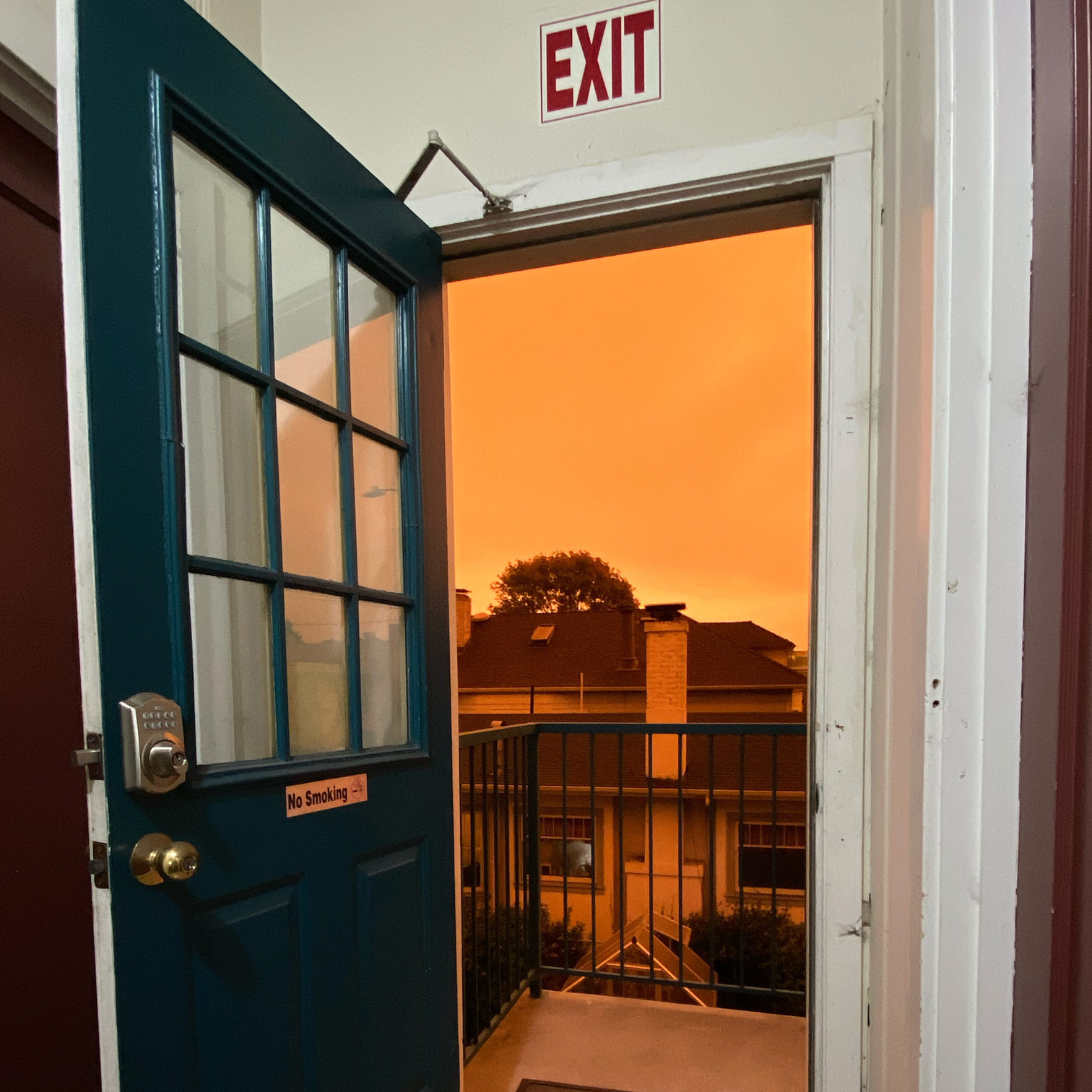 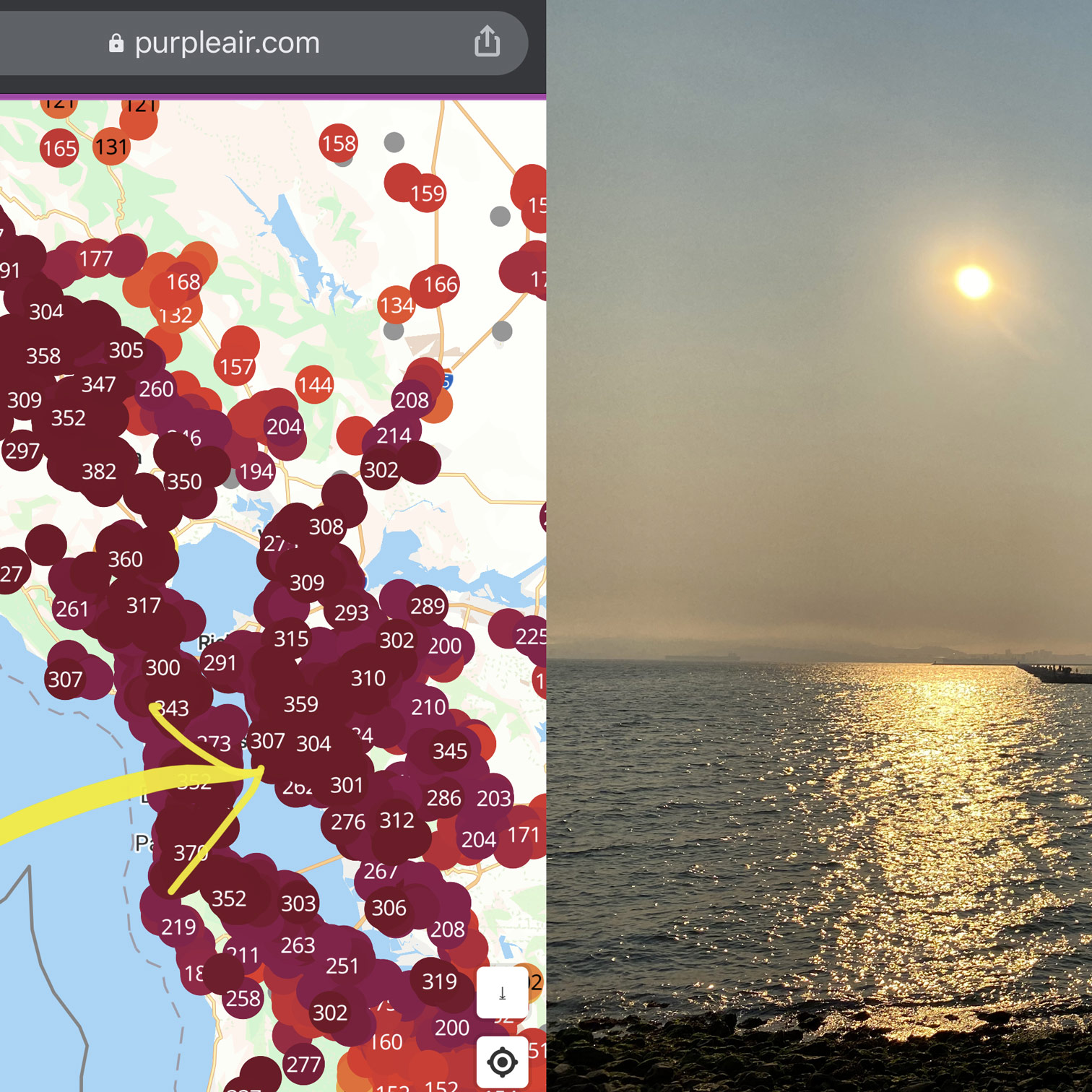 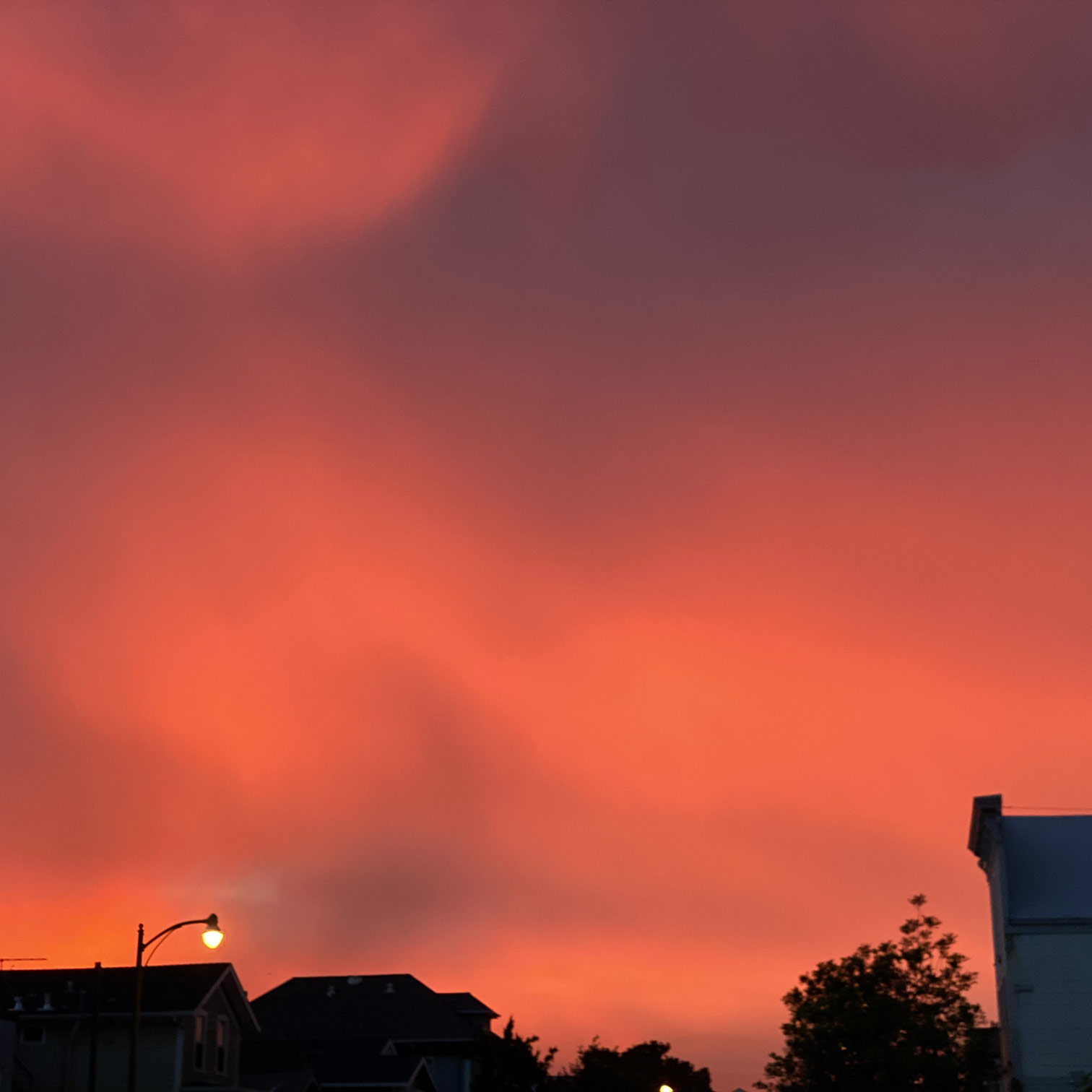 When the weather turned cold, then dry inside due to the use of two forced-air heaters, I brought out the trusty humidifier to balance things out. Pretty swiftly my Awair became alarmed about a PM2.5 source in the apartment. I was confused because I wasn't cooking or burning anything, didn't smell smoke, nothing. In fact, I worried that there was a fire somewhere and I couldn't smell it, or I was living above a smoker (ew.) I wondered if the Awair was dumb and confused by the vapor coming out of the humidifier, so I moved it to the bedroom to see if that made a difference.

The Awair is in the main room and after moving the humidifier, the PM2.5 went down some but was still higher than normal. At the same time, with the humidifier in the bedroom, the smart Molekule in there began to rage. It sounded like it was getting ready for take off. I was getting suspicious because it's one thing for the Awair to be fooled by water vapor, but the air filter as well? Et tu, Molekule? 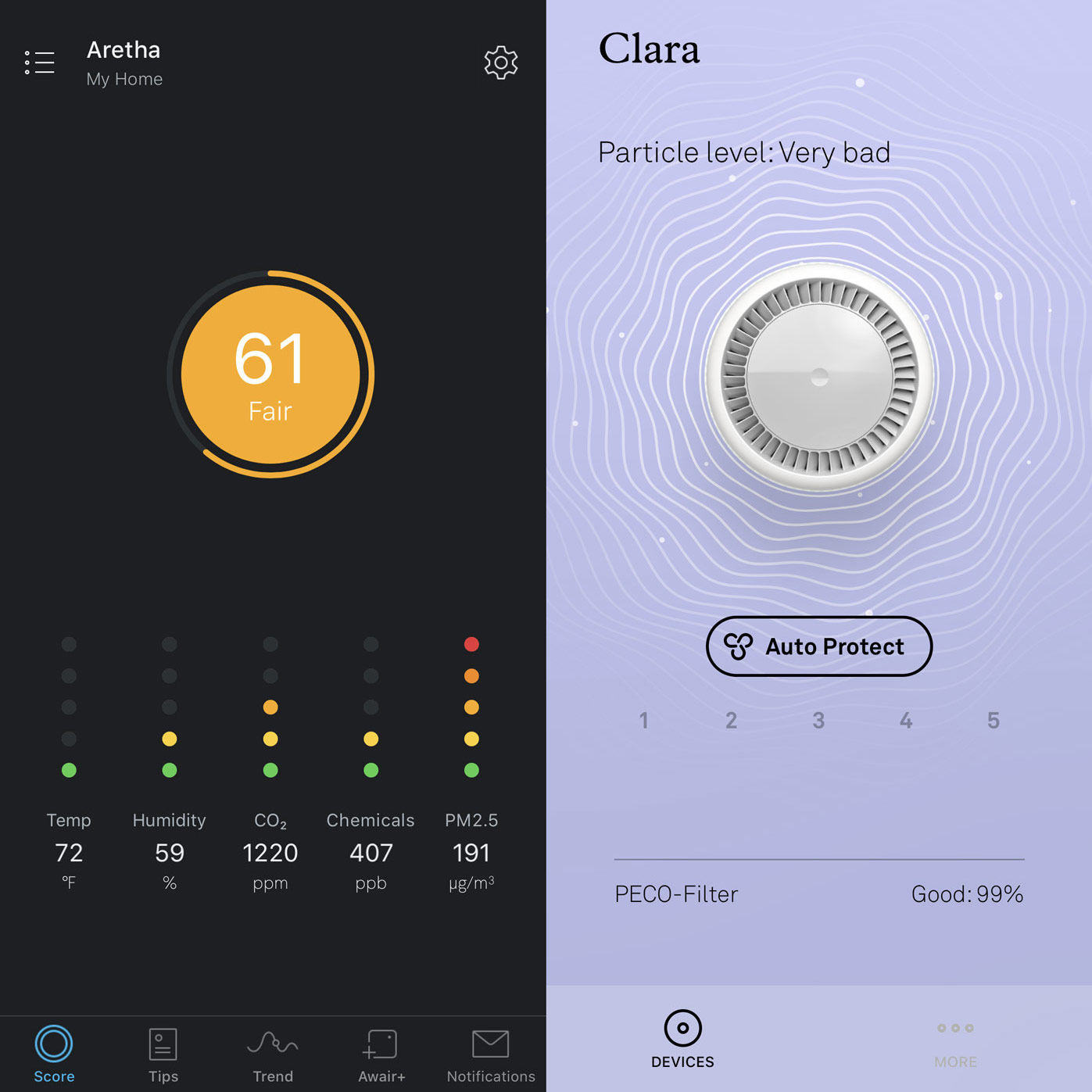 I stopped using the humidifier entirely, and the PM2.5 dropped to normal levels. I was 99% convinced that it was the culprit but talked with some friends for a sanity check. My pal Caleb shared this blog post from Awair.

The article details their own scientific experiment and discovery of this very issue. It boils down to, ahem, tap water. They determined that tap water used in a cool mist humidifier fills the air with, "various chemicals, including fluoride and chlorine and ... TOXIC METAL SALTS, hormones, or other contaminants from pipes." They tried tap, filtered and distilled water. Filtered was much better, but only distilled water did not raise the levels of PM2.5 in a room at all.

I bought two gallons of distilled water to test it myself. I washed the humidifier as well as I could, filled the water chamber and set it up in my warm and very dry main room. The humidity was down to 29% - which, it's not Mars, but it's not great. Slowly, the humidity began to rise to optimum levels, while the PM2.5... it did nothing. There wasn't even a little bit of a bump. It was a stark difference. There are five levels, and whereas the tap water smog was giving me a five-alarm signal, like, "GET OUT YOU FOOL!", the distilled water did nothing more than become perfectly clean vapor that made it easier for me to breathe. 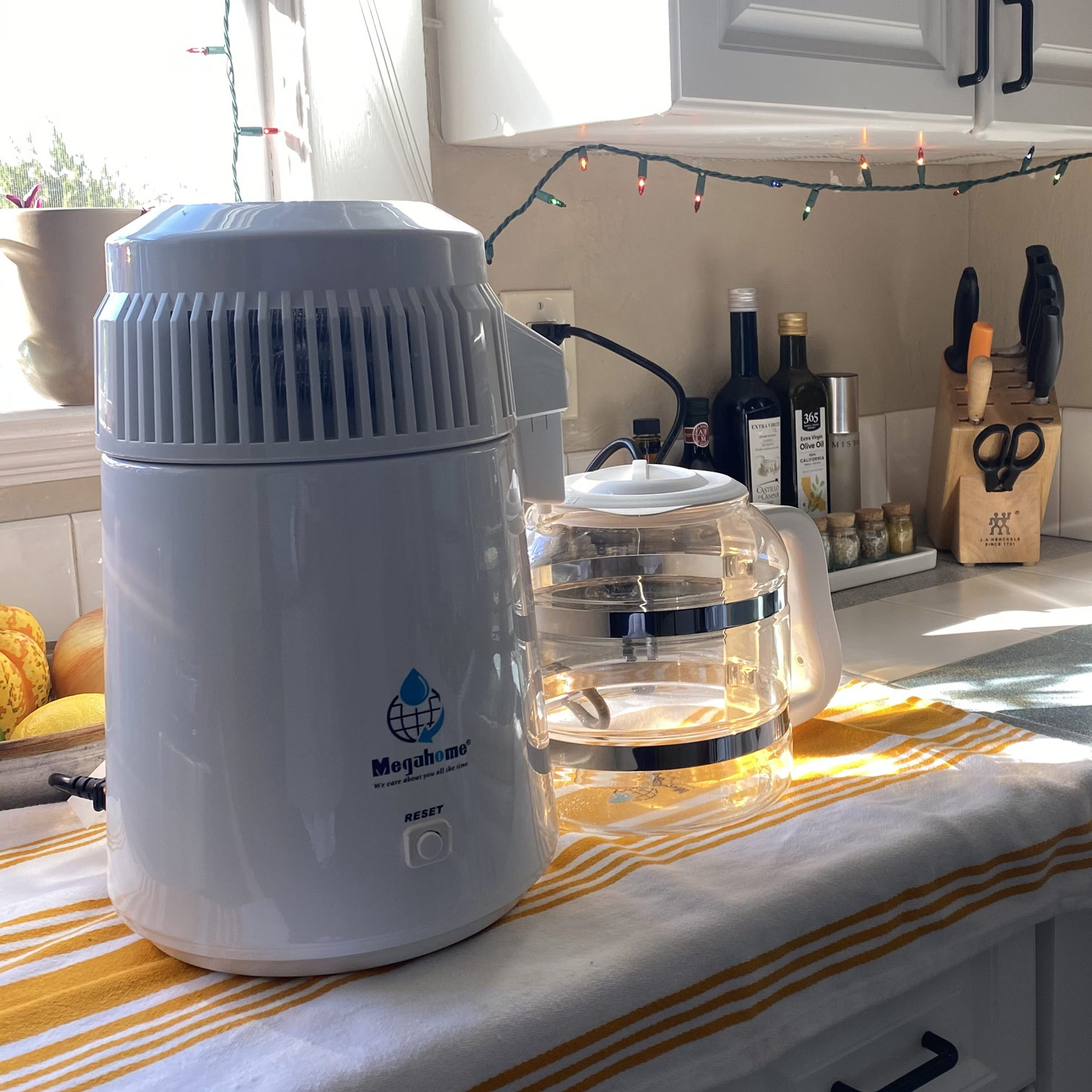 The humidifier goes through about a gallon on drier days, so I did a little research and bought a home water distiller. It wasn't cheap, and I was surprised when it arrived by how big it actually is. It has a footprint the size of a dinner plate, and the carafe it distills into is also huge. It takes about 5 hours to distill a gallon of water, one drop at a time.

It's kind of an ordeal, but I chose this life, and I'm gonna live it. I filled up the tap water chamber and got ready for purity. I made two gallons the first day, storing the second in one of the plastic jugs I had left over from testing. I'm not planning to imbibe it or use it for science, so... it can be stored imperfectly for a day.

After the first batch, I noticed that the bottom of the tap water chamber looked kind of burnt-ish, but I filled it up a second time and let it run. Lazy bum that I am, I put it away overnight without rinsing it out.

The next day, when I opened it up, I thought my glasses were smudged at first. There was a cloudy pool of mucky brown wetness, just enough to cover the bottom. I thought it was burnt on, but when I moved the distiller it sloshed around, and I could see that it was loose sediment. I wiped it out with a white paper towel, and the residue that came up was a deep orange-brown color, goopy and gross. I don't know if it smelled bad because no way am I sniffing that. 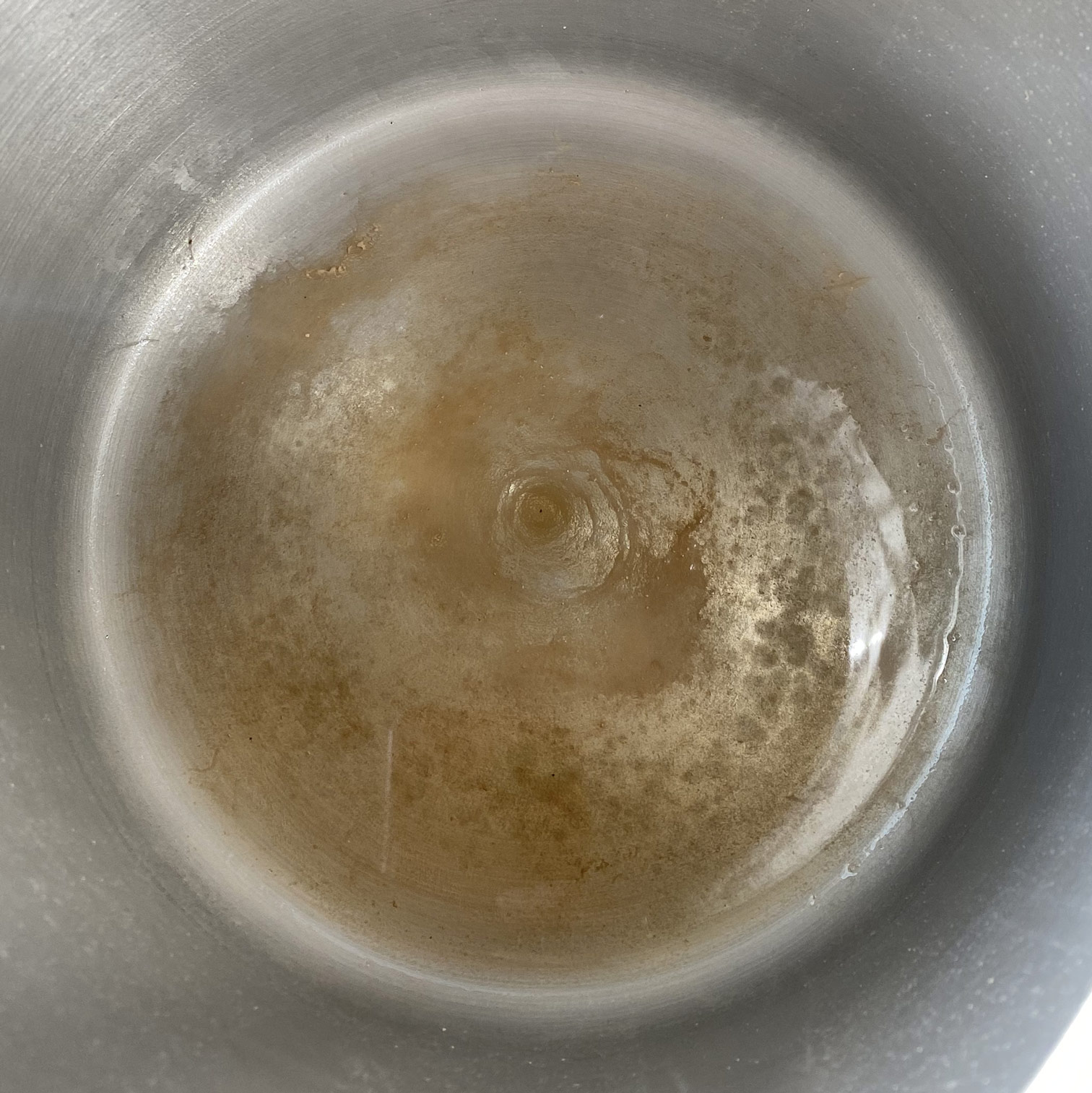 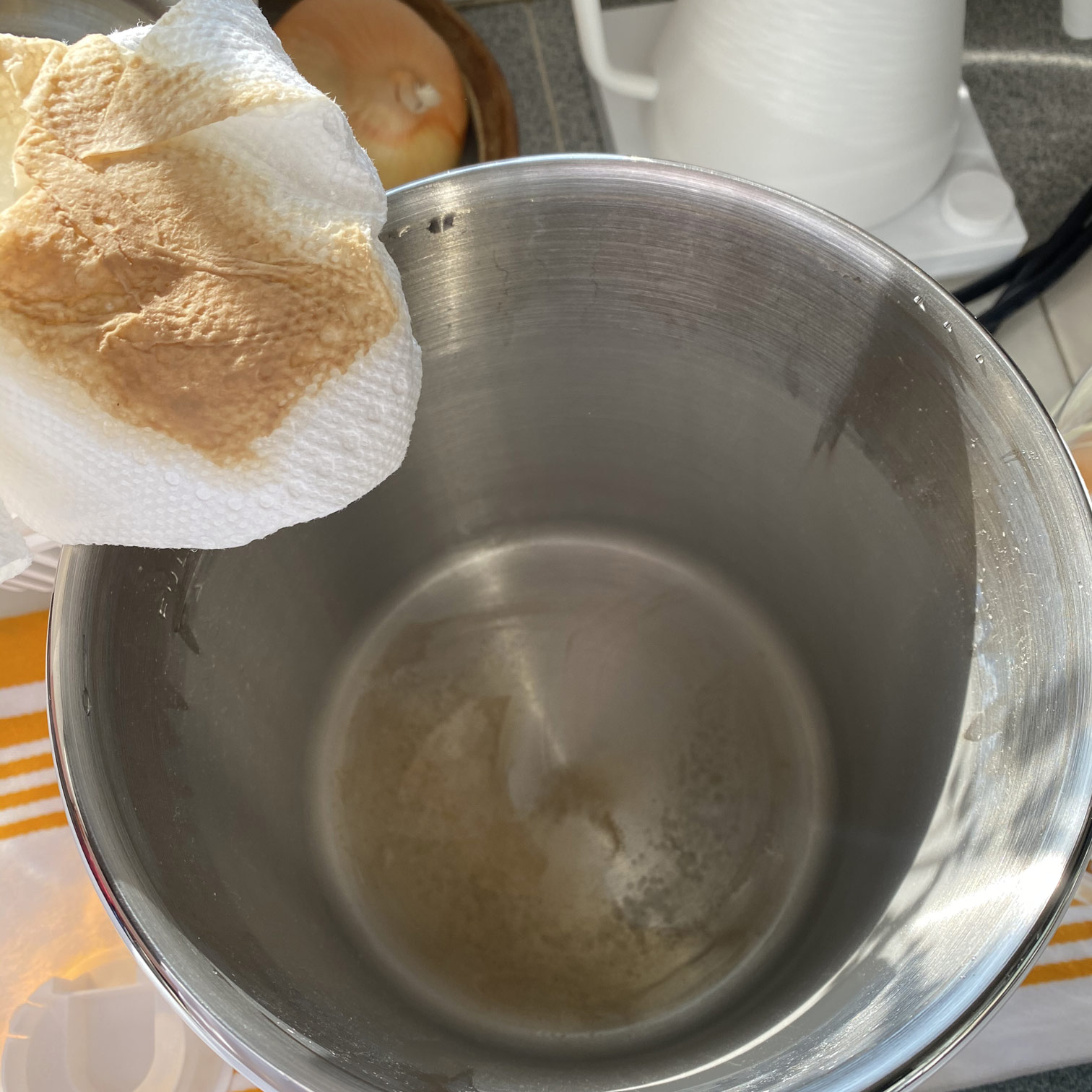 So, that's what's in my tap water. That is what is left over after pure water is boiled up and out. Those minerals could have oxidized somewhat overnight, but nonetheless, that is what my Awair AND Molekule were freaking out about. I've been breathing toxic metal salts for the two years that I've used this humidifier.

It seems like cool mist humidifier makers and retailers could be a little clearer to NOT use tap water. Instead of the typical, "For best results...", maybe they could be real and spell it out, "DON'T USE TAP WATER OR YOU WILL BREATHE TOXIC METAL SALTS!"

Cool mist humidifiers aerosolize and propel moisture with ultrasonic vibrations, as opposed to evaporative humidifiers that emit clean vapor propelled by heat pressure, basically eliminating the issue of contaminants because the steam is pure H2O.

Why does anyone use cool mist humidifiers when they are so much work and will readily poison you if you're not careful? In short, they are preferable for parents with little ones as well as people with free-range house pets, because evaporative humidifiers present a burn risk as the boiling water inside could spill and scald someone.

At the very least, if you have an ultrasonic, cool mist humidifier, use filtered water, not tap. Or better yet, if you're a nerd like me, distill your own.