A Flight of Sparkle 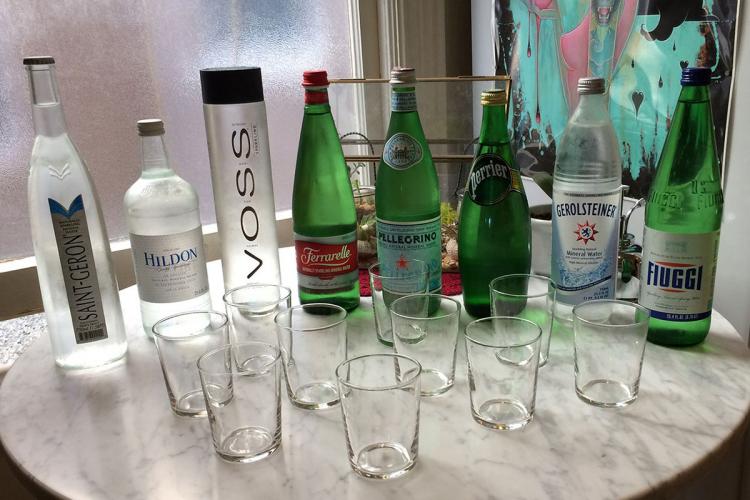 Several summers ago, I read Elizabeth Gilbert's book, Big Magic. I love the way she talks about ideas as practically tangible entities that float around like dandelion spores, looking for a place to germinate, grow and manifest into something great. She writes of creativity and living creatively as an act of courage and being unattached to expectations in the pursuit of creative endeavors.

“We must risk delight. We must have the stubbornness to accept our gladness in the ruthless furnace of this world.”

“Do you have the courage to bring forth this work. The treasures that are hidden inside you are hoping you will say yes.”

Gilbert elaborates, “When I refer to creative living I am speaking more broadly. I am talking of living a life that is driven more strongly by curiosity than by fear.”

That same summer, a friend and I were talking about mineral waters, discussing their differentiating features, and we both agreed that it's hard to qualify a preference. He said, "You should have a tasting and call it A Flight of Sparkle."

I loved the idea of a mineral water tasting because while I thought of myself as a connoisseur, tasting things one at a time with long periods between doesn't afford the same ability to compare and contrast as sampling in a single sitting does.

It sparked a creative idea in my mind, and since I love getting and sending mail, especially handmade and crafted postal art, I started working on invitations. I was nervous about sending them out. As much as I like the idea of planning events and parties, I rarely host gatherings. The stress is a challenge for me. I once made too much guacamole for a Sunday gathering and that night I had a vivid nightmare, cringing in embarrassment at my inability to gauge dip needs.

How to Throw a Water Party
For the invitations, watercolor paper was taped off across the top and bottom, and I masked a small section in the center for the writing. I cut sparkle shapes out of the center masking then dabbed the exposed paper with green and blue watercolor. I folded the envelopes and sewed the buttons on. I used my sewing machine to close the side seams, and I melted sealing wax over cooking twine with the tips dipped in candle wax to keep them from fraying. Last, I wrapped the twine around the button and considered them closed. The date, time and location details were on a separate card tucked into the top pocket of the envelope. They were mailed in black envelopes with planet stamps on black backgrounds. The addressees were detailed in neon pink gel ink.

I popped the invitations in the mail then followed up online, because while adorable, paper invitations are not quite as reliable as modern, real-time confirmation. I got eight waters from various countries: the UK, Norway, Italy, France and Germany. My favorite sparkling mineral water is Badoit, but I didn't have any for this occasion because the one place I know to buy it was out, and it's rare to find in regular grocery stores.

Another friend loaned me her "party glasses" - a rack of 8 oz tumblers from IKEA. Everyone I invited - all four of them and a guest - came to my apartment and tested the tastes.

What I Learned
I don't like Perrier nearly as much as I thought I did. And Gerolsteiner isn't the worst, like I thought it was. I liked St. Geron and Hildon best out of this group, with Pellegrino and Ferrarelle being good and at least widely available. The others were harsher, less pleasant to drink, for me.

It was a fun art project because there were no expectations. I just played around with my art supplies one day and what resulted were these fun party invitations. That is my favorite way with art, to have an idea with a purpose, but to be unfettered and free in the pursuit. 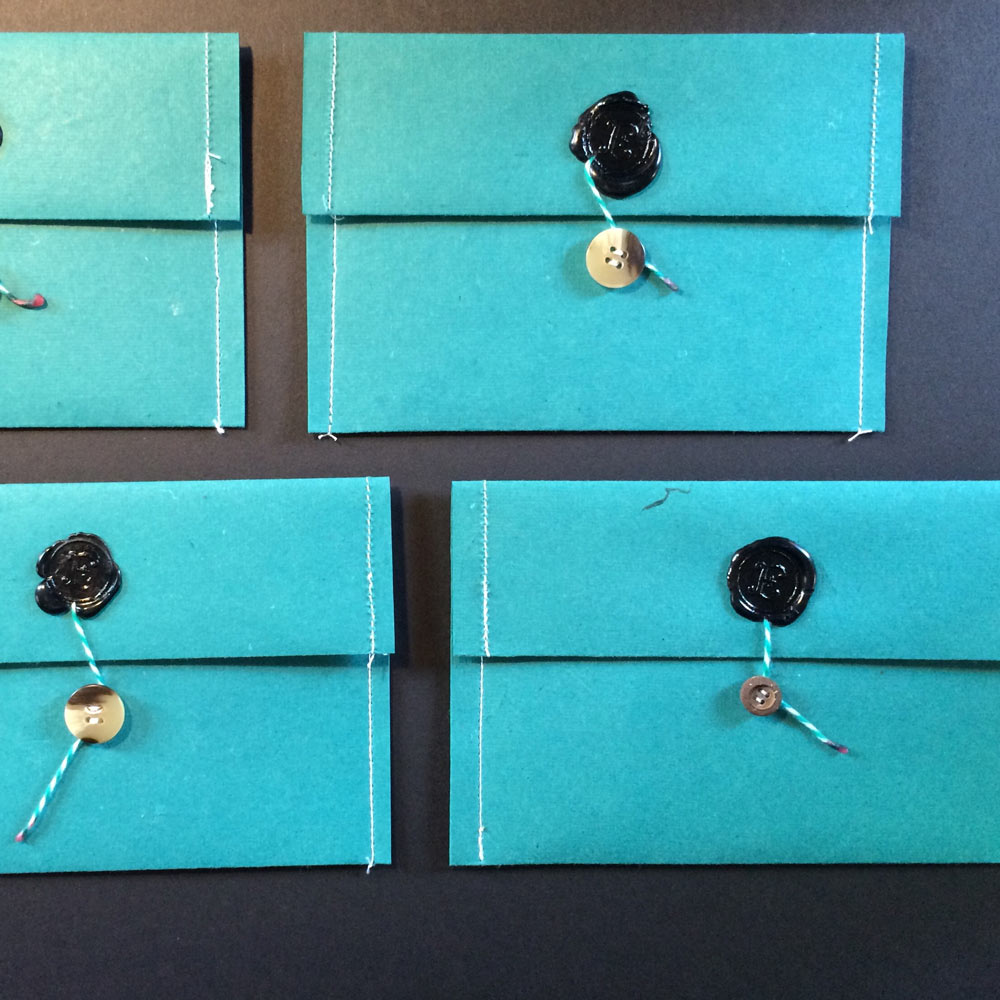 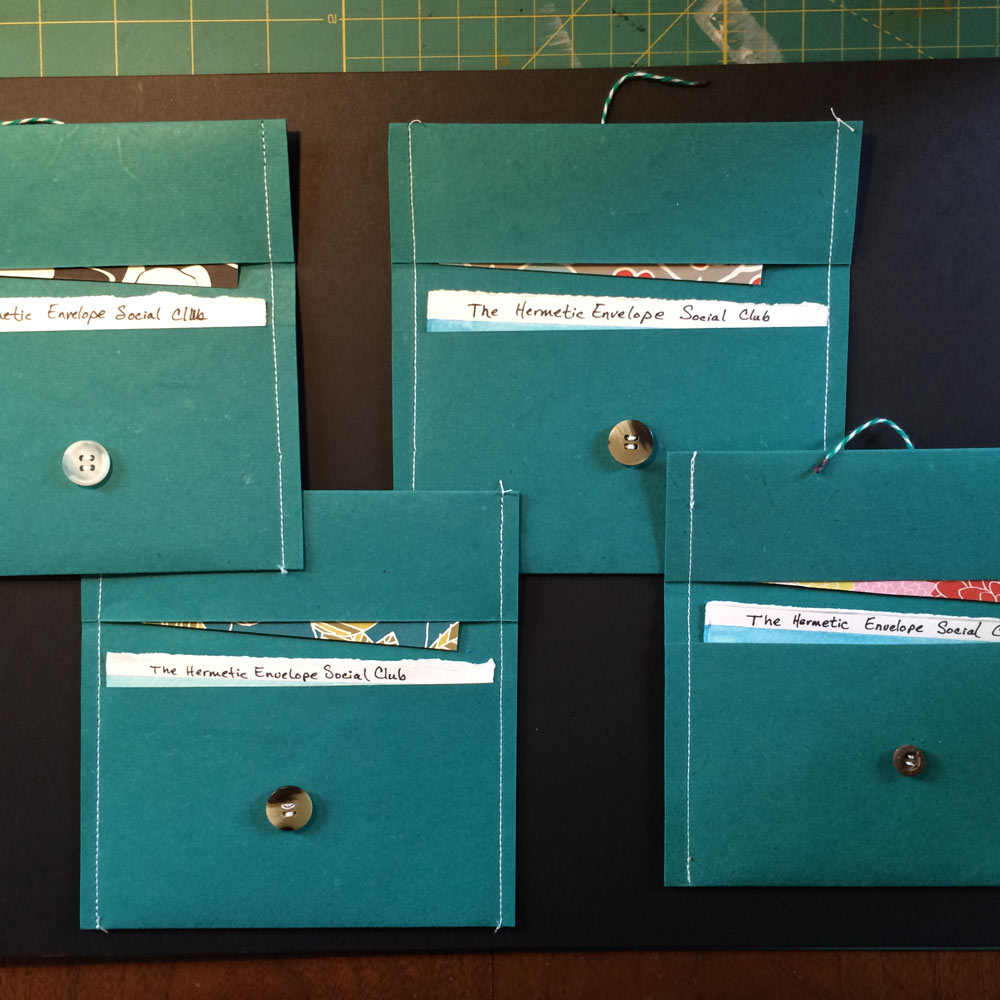 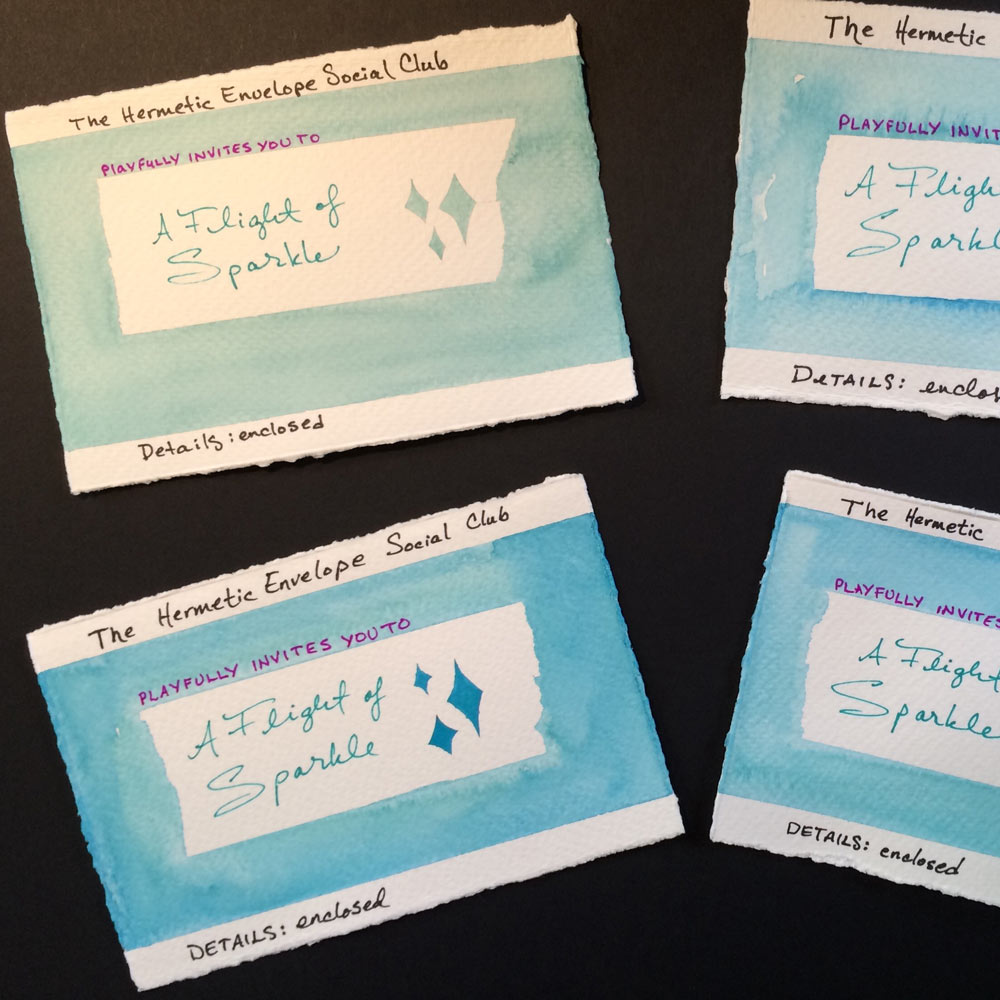