For more than half a century, governments all over the world trusted a single company to keep the communications of their spies, soldiers and diplomats secret.

The company, Crypto AG, got its first break with a contract to build code-making machines for U.S. troops during World War II. Flush with cash, it became a dominant maker of encryption devices for decades, navigating waves of technology from mechanical gears to electronic circuits and, finally, silicon chips and software...

I heard a podcast where the interviewee posited that there wouldn't be any repercussions to this story because the company, Crypto AG, has been liquidated, but it looks like someone has an issue with it...

P.S. Democracy Dies in Paywalls. On this day, I paid $40 for the next year of Washington Post access just to read this article, but assuming it will also be a good resource in the run up to the presidential election. 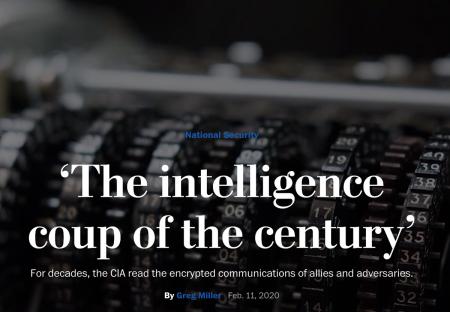