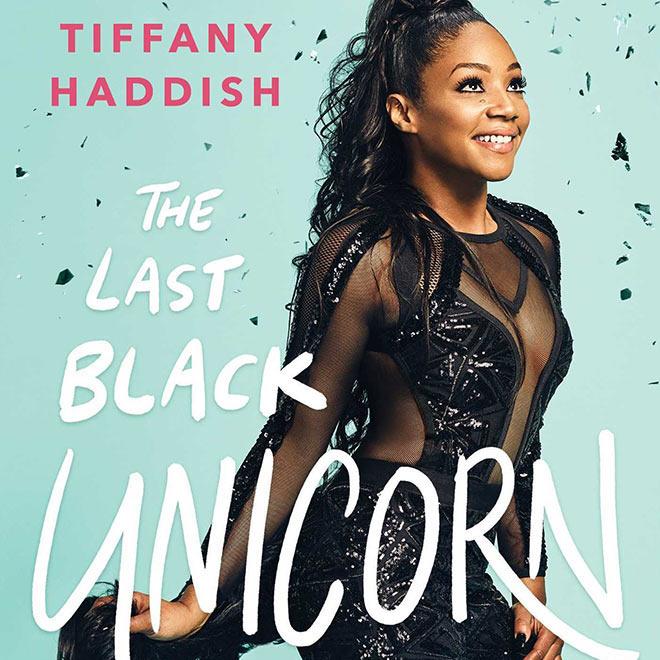 Well, I finished The Last Black Unicorn by Tiffany Haddish. In the end, it was worth it, but a lot of it was hard to hear. I got it as an audio book. She narrates, which is great because I like her voice and the way she talks, writes, and speaks what she wrote. (And, at the end, she sings a song!)

However, a lot of it, like a LOT of it, is pretty horrifying and heartbreaking, but it's also hilarious and inspiring, which is I think what she was going for. The inspiration is pretty deep because she is very open, in a way I've not seen enough of. She's like, "You know what, that happened, oh well, I'm gonna go on and be awesome now, haha!" Having heard her tell her tale for six and a half hours, I can imagine her saying exactly that.

First, I listened while I was at the gym, but that wasn't really working for me because too many times I realized after the fact that my mouth had been gaping open as a publicly unacceptable, "Aaauugh!" emanated from my freaked out face.

Then I listened on my speakers at home. I'm sorry to say that there were times I wondered what the neighbors might think. There is some language and shouting and I worried that it might alarm people in adjacent apartments. TV and movies usually have some kind of musical accompaniment or cinematic edits that make it clear that it's "entertainment", whereas audiobooks (the ones I've listened to anyway) are just the narrator's voice.

She states at the beginning that if she can live through what she has and be successful and be a positive person, anyone can. To call her lucky seems a stretch, but I don't believe that everyone can live through all that. A lot of people don't. And most people who do live through it don't end up being celebrities. I think she's lucky that she had the will to survive and the strength to not let all of that destroy her, because it could have. I think she's lucky to have found the things that gave her hope and made her happy and lucky that she was able to take the hard things and failures that she experienced and learn from them and mine them for their gifts.

That's what I love most about this book. It's funny and shocking and entertaining plenty, but some stories she tells are awful. Just disgusting, shameful, vicious, embarrassing, and pitiful. But she's not ashamed. She lets it ALL out there to be seen. I think that's basically a superpower: to be able to own, hell, trumpet your own disasters and share what they taught you (or didn't!)

These abilities have helped me too. I've had my own awful things in life, but at some point I realized the power of acknowledging them and being honest about them, how it makes them so much smaller and less powerful. I try to face my mistakes and problems and learn from them. I try. We can never not have problems, and all problems bring gifts, all of them, so you might as well take the gifts since you have to have the problems anyway.

And, shame is its own awful thing. Acting like you don't have bad ideas, unfortunate feelings and misguided wants, well, then you have the extra problem of shame, but you still have all those other things too. Denial doesn't make them go away, it just rots you from the inside.

So often we try to hide or downplay our failures and mistakes or even bad things that happen to us that aren't our fault, when being vulnerable and open about those things is so much healthier and more attractive anyway. I struggle with this one myself. A lot.

I loved this book, and if you can get yourself some kind of emotional helmet to wear (or honestly, maybe a cultural helmet - because I had some serious privileged lady moments for sure, like clutching my imaginary pearls and gasping at the shock it all - and I'm not a naive person, I know bad shit happens, some of it has happened to me - but this was next level. Culture shock is real.) Anyway, you should listen, or read it if you must, but it was great to hear her tell it.